To coincide with the return of BBC One’s prime time show Strictly Come Dancing this September, professional dancer and 2018 finalist Dianne Buswell spoke to Happiful magazine about her experiences with excessive exercise, exhaustion and anxiety - as well as life and love with dance partner Joe Sugg.

Chatting to the only magazine devoted to mental health, Dianne, who is paired up with BBC Radio 1 DJ Dev Griffin on Strictly this season, shared how competitiveness and a pressurised environment in her early twenties led to a strict diet and an excessive exercise regime that became addictive and ultimately had a huge impact on her health. Dianne was left with no energy - to the point where her breathing became so laboured that climbing a flight of stairs was challenging. Alongside the loss of physical energy, also came anxiety.

Dianne explained about her time on a global tour with a prestigious national dance company, “Energy has to come from somewhere, and I was getting none of it. It got to the point where I had no physical energy to do the show or other things. Anxiety came with it, because I didn’t feel well enough to perform, and had to every night. The anxiety stemmed from worrying whether I’d get through it. I was dancing the show thinking: ‘I don’t think I can do this.’ It was a very vicious circle. Thank God I caught it when I did.”

Dianne says the turning point was when she saw a doctor who said she needed immediate hospitalisation to get treatment for iron deficiency anaemia. Dianne then took two to three months to get herself “sorted” - surrounding herself with loved ones and educating herself on nutrition. Dianne, who has vowed to never return to that state again, remains inspired to stay healthy after how close she came to losing her dream before she joined Strictly Come Dancing.

Since joining Strictly, Dianne is enjoying a life in the spotlight with boyfriend Joe Sugg, as the two are so naturally happy. “He brings out the absolute best in me and he loves my personality, which makes me feel even better about everything because he loves my humour,” she chuckles. “Nothing, for him, is ever too stupid!”

Dianne is also close to Joe’s sister Zoe, aka internet sensation Zoella, who has spoken widely about her ongoing battle with anxiety. Dianne describes their heart-to-hearts about mental health experiences. “I have discussed anxiety with her a fair bit, because she’s very open about it, which is great because so many girls now have it,” says Dianne. “It’s nice to know that they’re not on their own.”

Today, Dianne is wholly focussed on advancing her career but is dedicated to staying healthy in body and mind. “You get successful for the person that you are, not for the way you look. If you feel good, you can conquer the world, so you need to feel right inside. The minute you have all these insecurities, number one you get anxiety, and it stops you from doing things. I would never have achieved what I’ve achieved now if I hadn’t sorted myself out from the inside. It’s all about who I am, not the way I look.”

Dianne’s full interview is featured in the October issue of Happiful out this Thursday.

Joining Dianne in the October issue of Happiful magazine, Women's Aid Ambassador and Fitness guru Alice Liveing speaks out about domestic abuse and author and Celebrity Masterchef winner Emma Kennedy shares thoughts on her grief for the first time after her Mum died. Grace Victory’s column focuses on rediscovering your sexual self post-trauma and Nutritionist Beanie Robinson, shares her advice on eating to support your mental health.

Happiful is the only magazine devoted to promoting a better conversation around mental health and illness.

READ MORE OF HAPPIFUL’S INTERVIEW WITH DIANNE BUSWELL ON SALE IN STORES AND ONLINE AT https://shop.happiful.com/.

If you would like to ask us any questions or email us your comments please do, we will get back to you as soon as possible. 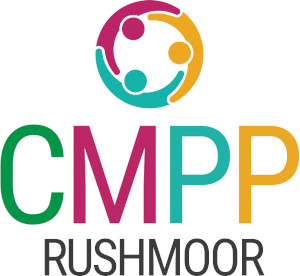 At Memiah we are always looking to improve our social responsibility, we have partnered with the following organisations to make positive changes to the communities we work in. We’re on a mission to create a healthier, happier, more sustainable society. Our aim is to provide informative, inspiring and topical stories about mental health and wellbeing.