What can a multi-million dollar Disney-Lucas film have in common with your small business? It’s more than you think. 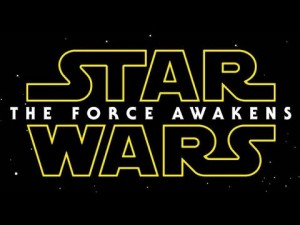 Even though the film itself is getting released just before Christmas, they started releasing lots of collectibles on September 4th, dubbed as ‘Force Friday’. To get these toys on release, some stores even opened at 12.01am for the most dedicated fans.

This strategy not only builds anticipation because of the toys, it also builds around ‘Force Friday’ as an event to celebrate the whole Star Wars universe.

For your business: Don’t simply announce something on a Friday. Try to build up to the event to gain interest. This can apply to any new product or service. This way you aim to get more value out of the release process, rather than just making a single announcement.

2. Be clever in promotion

The release of Star Wars merchandise was dubbed ‘Force Friday’. This was easy to remember, it used alliteration and it related to the franchise. It most likely took them a fair amount of time to settle on it due to the scale of the franchise, but they knew that they stumbled upon something perfect here.

For your business: Think of hashtags, headlines and labels that will stick with people. Try and make them as easy to remember as possible. When you’re creating your marketing collateral, don’t just use the first thing that comes to mind. Ask other people for their input.

Most die-hard Star Wars fans will most likely have jobs, so releasing merchandise mid-week would not have been a good idea. This is why the event taking place on a Friday was so successful as they could probably get the day off. The dedicated fans would get in first, and then the stores would still have a full weekend of sales to look forward to.

For your business: Remember to think about the timing of your events. There are lots of possibilities and things to consider. Would it be a good idea to time your activity with an event that’s happening in your local area? Are weekdays or weekends best? Mornings or evenings? Aim to take care of every detail.

4. ‘Leak’ some inside information

Disney ‘leaked’ images of the figures that were going on sale before ‘Force Friday’ to drum up intrigue and interest. Things are rarely ‘leaked’ these days however, it’s more ‘planted’. Just remember that leaking information is more than simply saying ‘We’re having a massive sale next Wednesday’. You have to be creative.

For your business: Let your customers have sneak previews of product releases or sales. This can improve the ‘pre-release’ demand by creating anticipation.