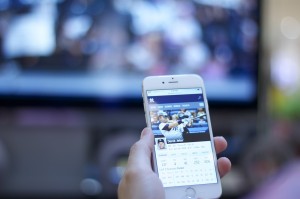 Mobile usability has featured in Google’s search algorithm for years now. But from April 21, it will have a much bigger impact due to a major update.

Previously, if you had a mobile optimised site, you will have ranked higher than other sites with similar content that were not optimised. But the definitive reasons why had been quite ambiguous.

So you will most likely already know that Google considers mobile optimisation as one of its ranking factors, but you might wonder why we have this April 21 deadline to make everything mobile friendly.

Some of Google’s minor updates don’t tend to have a major effect on search rankings. But Zineb Ait Bahajji, a Google employee, was quoted saying the new mobile friendly update will have more of an impact on search engine rankings than either Penguin or Panda – two of the largest updates that Google has launched to date.

It is estimated that individuals using mobile devices perform more than 60 per cent of searches, so you can see why Google might want to increase the quality of its mobile service.

Google have already started to introduce ranking changes on apps that allow users to sign in. At the moment, traditional search results seem to be at the forefront of page one, but in the future you may see apps or other mobile tools feature highly.

You won’t have much to worry about if your website is already mobile friendly. However, if you haven’t implemented a mobile plan for your site, now is the time to do it. Try following these steps: